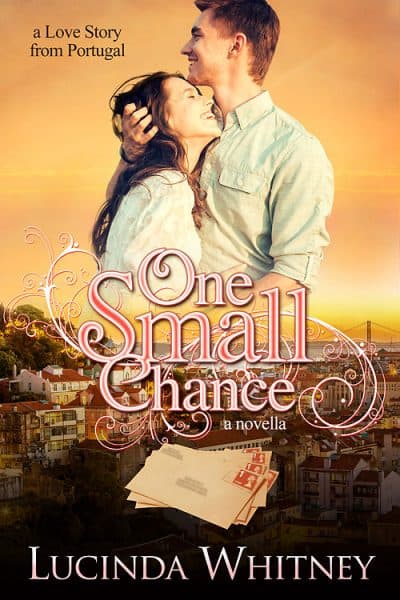 One Small Chance: a novella (a Love Story from Portugal)

One city of two million people and only three months to find her. What are his chances?

(2) Mild
Log in to submit or change your own rating.
Click or tap each bar for more details

Re-published as Always You.

One city of two million people and only three months to find her. What are his chances?

Isabel Antunes is content with her life as director of the English Academy in Lisbon. Then she’s hit by a man on a bike—a man her boss just hired to be her assistant. Despite Simon Ackerley’s repeated assurances to the contrary, Isabel believes he’s after her position, but she won’t hand it over without a fight. As if dealing with him all week is not enough, he shows up at church as well. Her only solace is in writing to the pen pal she knows as “Elliot.”

Simon Ackerley told his father that he was moving to Lisbon for the job. But that isn’t the only reason. Simon is looking for Amélie, the pen pal he’s written for fifteen years. A woman he knows everything about—except her real name and address.

When the biking accident reveals that Simon’s prickly co-worker Isabel is the elusive Amélie, he knows he has to win her trust before he can confess his true identity. If only he could tell her the actual reason why he’s come, he’s sure Isabel would treat him differently. But she’s not ready for the truth.

One Small Chance is a standalone novella of 43,000 words and it’s set in Lisbon, Portugal. It’s a clean and wholesome contemporary LDS romance.