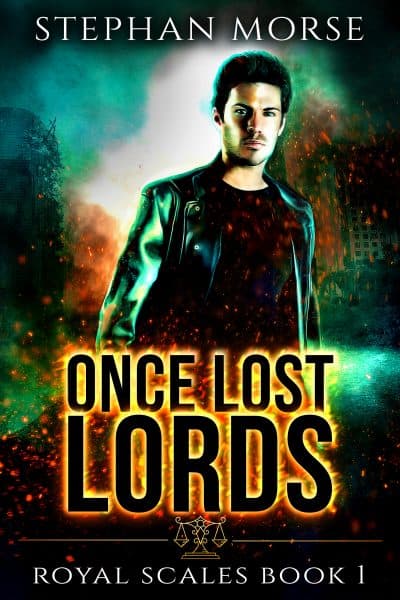 A part-time enforcer, all Jay cared about was those closest to him and a job that let him hit people. That was before a betrayal sent him packing. Four years later, he’s back, but his former boss thinks he lost his edge.

Humanity hasn’t been alone for almost two thousand years. Elves, wolves, vampires, all joined together with mankind to eradicate the “darker” races and maintained a tentative peace until modern times. Society adapted, everyone has rules that help keep the peace in this modern era. Yet, absolute genocide is impossible when talking about creatures beyond the pale. Some hid, some buried, others were re-purposed.

Some, like Jay Fields, pass for human with a little bit extra. His abilities didn’t belong to one of the major races, but any information was buried along with the long-dead boogie men. All Jay cared about was those closest to him and a job that let him hit people. He used to be a bouncer at a bar, a part-time enforcer for a loan shark, and even a fight club champion. That was four years ago before betrayal by someone close sent him packing.

Now he’s back and trying to recover a life he left behind. Questions of origin aren’t his only problems. His ex-girlfriend is a vampire. His part-time boss doesn’t think he’s up to snuff anymore. There’s a missing elf who might have some answers, and Jay’s best friend is caught up in something dangerous . . .