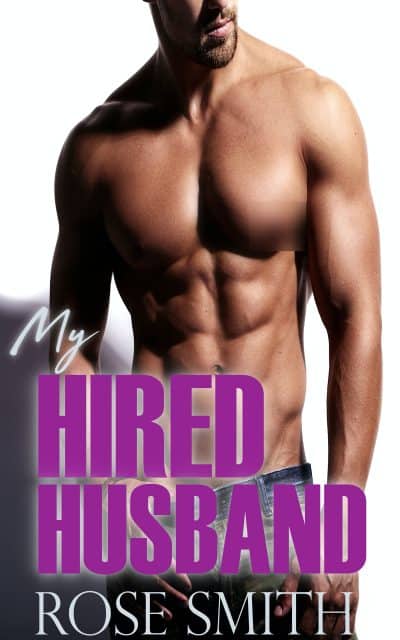 Huge hands, chiseled chest, rock-hard . . . contract. Husband for hire—sex not included. Wynter Rochester’s uncle refuses to release her inheritance. But while she’s alone, broke and scared out of her wits in Manhattan, she knows just what she needs—a fake husband.

Wynter Rochester is in a damn jam. She’s messed up her life and now her uncle refuses to release her inheritance. But while she’s alone, broke and scared out of her wits in Manhattan, Blake Sterling, who’s like a brother to her rushes to her rescue and gives her an idea to get her out of the mess she’s in. She knows just what she needs—a fake husband. Even though the man she wants to hire is handsome as all get out—and she’s been known to give away her cookies to a pretty face—this must be kept strictly professional. No naughty mischief!

Lawson Granger is dead broke. His software idea is tanking. He has zero prospects, zero money in his pocket and his rent is due. He’s desperate. He sees an ad looking to hire a professional husband. Someone who’s discreet, tactful and could be relied on to be truthful and honorable and good with secrets.

What the hell is truthful about pretending to be someone’s husband? But who is he to judge? Maybe this is just what he needs to get himself out of the financial hole he’s been digging for almost a year by starting his own business. She’s kinda cute, her British accent is damn sexy and his vow of “no hot sex right now” means it’ll be easy to keep this all business. How hard can it be to play someone’s fake husband?

What can possibly go wrong?