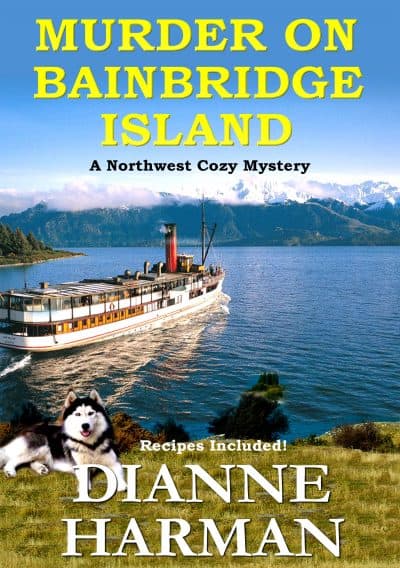 A well-known Seattle art gallery owner is found dead at a prestigious dinner party, and shock waves ripple through the local art community. For DeeDee Wilson it’s a personal tragedy, because the dinner party was the first event for her new post-divorce catering business.

When Lisa Sanders, a well-known Seattle art gallery owner, is found dead at a prestigious dinner party, shock waves ripple through the local art community. For DeeDee Wilson, the death becomes a personal tragedy, because the dinner party was the first ever event for her fledgling catering business.

On the following day, newspaper reports indicated the cause of death was possibly poisoning, but could it have come from the food she served the guests? In order to save her business and protect her reputation, DeeDee has to find out how Lisa died, and if it was murder, who did it and why?

Could it have been the smarmy competing gallery owner who was jealous of Lisa’s success in getting a top art glass artisan to exhibit in her gallery? Or the artist whose work she rejected because she didn’t feel it was up to her standards? Was it the disgruntled ex-girlfriend who was dumped by the man Lisa was currently seeing? Or was it a museum employee who was fired by the woman who hosted the dinner party?

Join DeeDee, Jake—a private investigator she’s developed a relationship with after her divorce—and her new dog, Balto, a husky dog with a blue eye and a brown eye, as they try to save DeeDee’s new business venture.