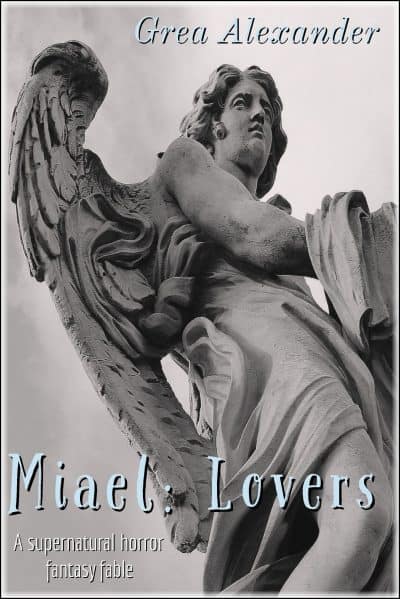 At 30 years old, Jessica Louise Bell Sheffield Watson has everything a woman could possibly want.

She has the career of her dreams, beauty, brains, wealth and a string of unsolved murders, death and destruction that seemed to follow her everywhere she went.

The cursed reincarnation of a damned seraph, Jessica also has a husband she loves dearly … who had been deployed for almost half of their marriage and whom she had merely married out of obligation. Not to mention her string of lovers – the most recent of which is an FBI agent who is hot on the trail of the woman who might possibly be one of the most prolific serial killers in history: Jessica herself.

Jessica, however, is not alone in her struggles.

She has her beloved pet cat—a Maine Coon who is in reality the accursed griffin who had set the events in motion that had led to the seraph’s fall from heaven, the griffin’s mate who blames Jessica for all of their downfalls and an impulsive and occasionally quite vicious phoenix who would either prove her salvation or her damnation.

What more could a girl possibly ask for?

When the evil specters of Jessica’s past return, threatening to take away all she has built, Jessica has but one snarky, unpredictable hope: the phoenix Miael.

As the 4th rune forms and even Death itself is baying at her heels, will Jessica find the strength to break the curse that has plagued her and Miael for millennia or will she end up burning in the Lake of Fire, right along with him?