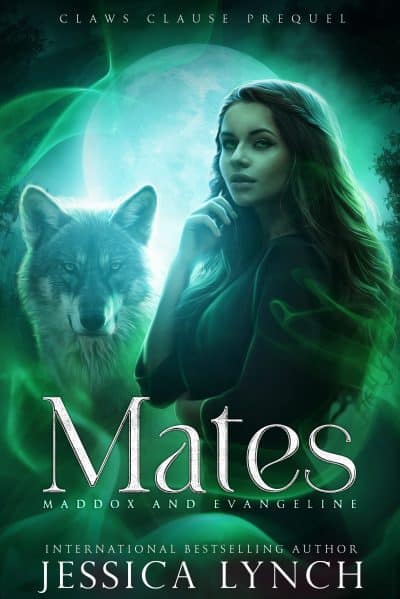 Maddox is a wolf on the hunt. He’s spent the last twenty-six years searching for his fated mate only to find her when he least expected to. Even more surprising? She’s human.

Maddox is a wolf on the hunt.

More than fifty years ago, the community of supernatural races—shifters, vampires, ghosts, witches, and more—revealed themselves to the humans. With the rise of technology, they couldn’t stay hidden in the shadows like they had for centuries. And, while rumors of their existence go back even further than that, the announcement sent shockwaves throughout the rest of the world.

After the shock wore off, the humans reacted. Knowing that Paras had the strength, the humans struggled to keep the power. And what better way than to grab a Para by the balls?

Ordinance 7304: the Bond Laws. A set of mandates hurriedly put in place that Paras had to follow, especially when it came to their “fated” unions.

The laws kept the peace. When the penalty for breaking one was being thrown in a magic-free prison, they had to. Ordinance 7304—also known as the Claws Clause—keeps the Paras in line and gives the human population an illusion of safety. And why not? With the power of the entire government behind the laws, even an alpha wolf loses some of his strength.

Because one of the biggies? When a shifter finds his fated mate, it doesn’t matter what his nose—or his body—says. His instincts might scream mine, but that doesn’t mean he can run off with his woman and claim her. To the humans, that’s kidnapping, and it’s a big no-no.

Maddox Wolfe understood that . . .  until the day he stumbled upon Evangeline Lewis and knew in an instant that this was the woman he’d spent twenty-six years waiting for. And while his wolf says take her, he knows he can’t woo his mate from inside of the Cage. She’s human, so he has to think like a human. Act like a human. Pretend he’s a human.

Whatever it takes to make her his mate. And since he is an alpha wolf shifter, there’s gonna be a little stalking and hunting involved. It’s okay. His human will eventually understand.