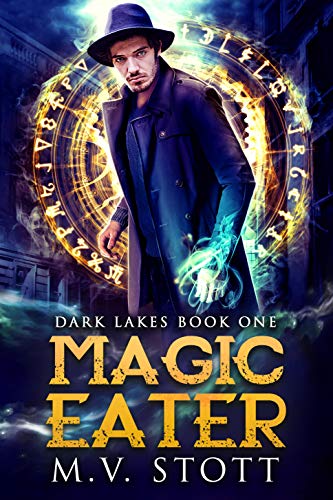 Joseph Lake doesn’t know who he is or where he came from . . . and the answer might just be the death of him.

The Uncanny calls to him like a beacon, and he follows its signal wherever it leads, hoping that one day it will shine a light on who he really is.

So far the clues haven’t added up to much, but now a mad woman is stalking him, he’s tripping over dead bodies in the street, and he keeps having terrifying apocalyptic visions.

Can Joseph put the pieces together and figure out his identity? And if he does, will he be able to live with who he really is?

Mystery and magic collide in this thrilling urban fantasy series set in the occult tinged English countryside. Read Magic Eater now for a page-turning tale you cannot put down.

“A wonderful urban fantasy with some really compelling characters.” ★★★★★

“Another thrilling installment from the Uncanny Kingdom universe.” ★★★★★