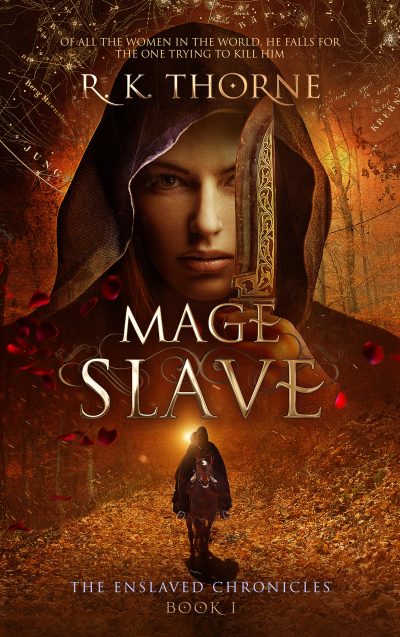 Fast-paced, romantic fantasy adventure. Prince Aven wants more than a trophy in a future wife. He wants a queen he can trust with a dark secret. Enslaved mage Miara wants something more, too—to kidnap him. And she doesn’t do failure. A tale of heroism and sacrifice.

A warrior prince, an enslaved mage, a plot to draw the world to war.

Crown Prince Aven Lanuken wants something more than a trophy for a future wife. He wants a woman who will be more friend than follower. A queen who will be more warrior than diplomat. He wants a partner he can trust . . . with a dangerous secret that’s kept him trapped in a dark mountain fortress his entire life.

Mage slave Miara wants something more, too—to find an enemy prince. And not to marry him. She’s just received orders for her very first kidnapping. She loathes the idea of it, and it’s probably a suicide mission. But she has never failed a mission before and doesn’t intend to start now.

Of all the women in the world, why does he have to fall for this one?

Magic, politics, love, and fate collide in the destinies of two people in this fantasy adventure from R. K. Thorne. For lovers of swords and sorcery with a side of romance, Mage Slave is the first novel in the Enslaved Chronicles trilogy.