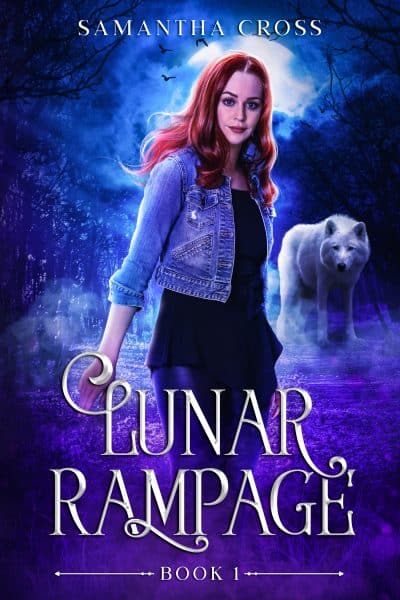 A stay with her grandmother turns bizarre when townspeople begin mysteriously disappearing. It isn’t long before Cora realizes her temporary home is festering a deadly secret that lurks in the forest at night and preys upon people when the moon is full.

One town. One werewolf. A dozen suspects.

Twenty-six-year-old Cora Nash is a sweet, quirky aspiring photographer with big dreams, but for now, her biggest concern is renovating her grandmother’s storm damaged home in the small, woodsy town of Rookridge.

When she arrives in the tight-knit community, it doesn’t take her long to figure out she doesn’t exactly fit in, so she does what she thinks is best—keep to herself. That plan works . . . until it doesn’t.

People in Rookridge have gone missing, but the most disturbing part is that no one in town is concerned about the inexplicable disappearances. No one except for Cora, who barely escapes with her body intact after a run-in with a mysterious and violent beast.

Cora realizes she’s in over her head, especially when the werewolf sends her running for her life and seeking shelter in the home of the town’s biggest bad boy, Max, who may or may not think she’s completely nuts. Can she figure out who the werewolf is before it’s too late? And will she be able to control her own appetite for Max along the way? Cora can only hope!