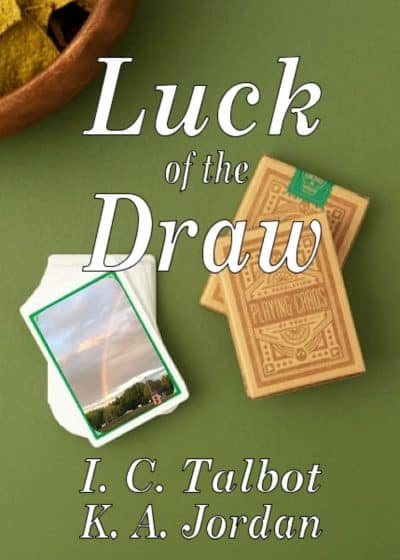 Luck of the Draw

Stella and her children live in a 20-foot camper, following her husband, a professional gambler, from town to town. One day he comes home with the deed to a house on Pymatuning lake, in Ohio. Is this the break Stella has been praying for, or just another pipe dream?

When living on love isn’t enough, what is a mother of four to do?

Stella’s husband, Rolf, is a professional poker player, traveling the country, following the game. While Rolf has always claimed that he has “the luck of the draw,” Stella has doubts.

With Rolf mostly gone, Stella and her four children live in a 20-foot camper, traveling from one campground to the next. Sometimes Rolf wins big, showering them with gifts, sometimes he takes what little they have to stake the next game.

Then one morning Rolf returns, handing Stella the deed to a property on Pymatuning Lake, in northeastern Ohio. He claims it’s their dream home, but the old house had been empty for years. Determined to make this grim, lifeless old house into a home, Stella digs in her heels and battles weeds and wild animals, finding unexpected allies on the way. But in the end, Stella must decide just how far she’s willing to go to keep this home for her family.

Is this the break that Stella has been waiting for? Or is it another pipe dream?

In the end, its the luck of the draw.