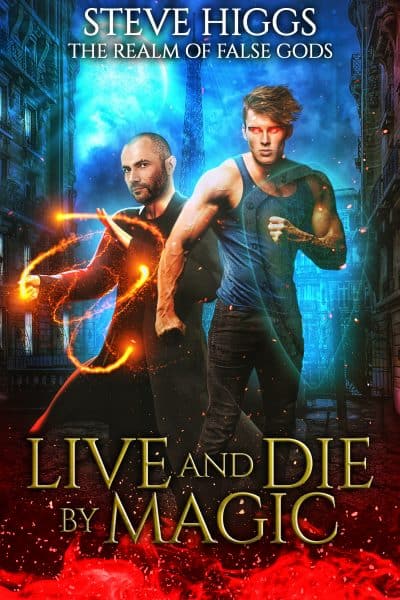 Live and Die by Magic (The Realm of False Gods)

When a child is snatched in Paris, the Alliance dispatch a wizard to investigate. The circumstances are strange to say the least, but what he finds there is a creature he believed to no longer exist and he’s about to have the fight of his life.

A year in the making, this series of urban fantasy books will take the reader on a journey told through the eyes of multiple protagonists. Each of them has their own story laid out over several books. The stories overlap and intertwine as humanity races unknowingly toward a cataclysm from which there is no escape. A battle is coming, the Earth will need heroes.

Thousands of years ago, humanity was ruled over by a race of beings able to wield the Earth’s source energy, the very power that makes the planet spin. They drew on it to power their magic and took humans as familiars. Their rule was benevolent; they brought balance and harmony to the planet, keeping all creatures, both magical and non-magical, in check.

The humans worshiped them as gods. For thousands of years, they ruled unopposed, the mantle of supreme being passing down a single family line from father to son. Possessing stronger magic than any other, the supreme being also possessed ancient weapons and armour to ensure his invincibility. But an impatient son betrayed and murdered his father, releasing a death curse that split all magical creatures from the mortal realm. Ungoverned, humanity thrived, and over time the magical beings and other creatures faded into legend, a legend that became known as religion.

But the magical beings were not dead. They were merely trapped on a parallel version of Earth, yearning to return and squabbling among themselves. As the 21st Century gets underway, some four thousand years after they were torn from the Earth, effects of the death curse are beginning to weaken. Soon it will fail completely.

The False Gods are going to return, some have already begun to find their way through. They bring their magic with them and they expect to rule again.

No one knows about them. No one is ready. But there are a few things these false gods don’t know.