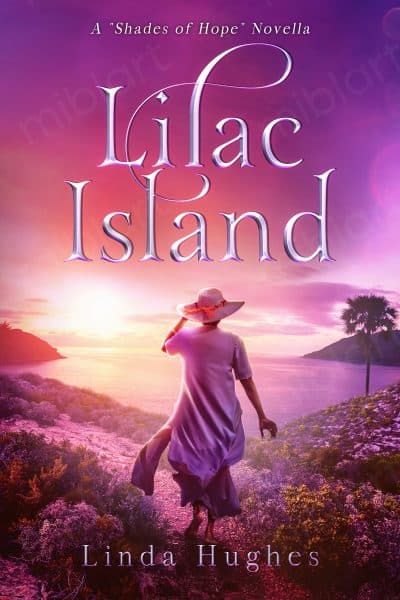 And its magical impact on its inhabitants.

Leah Paganelli came to the island to start adjusting to widowhood. Determined to capture the beauty of nature in her paintings, she embraces her bohemian sense of freedom. But with this newfound independence comes an uninvited guest: guilt.

Lester Lange is escaping from the world—and from his memories of Vietnam. After a failed marriage, he shuns the notion of ever falling in love again. He’s going to be a solitary man for the rest of his days, sitting on his porch watching sailboat races.

Magazine reporter Cassie Evans has been sent to the island against her will to write a travel article. But she’s too focused on the island’s old-fashioned ways and lack of cars to find an angle for her story. Plus, that cowboy named Russ isn’t helping her focus, either.

Lilac Island, a heartwarming, romantic Shades of Hope novella, digs up poignant lost loves and shocking family secrets that draw three strangers together in the most unexpected of ways, giving each of them hope for the first time in years.