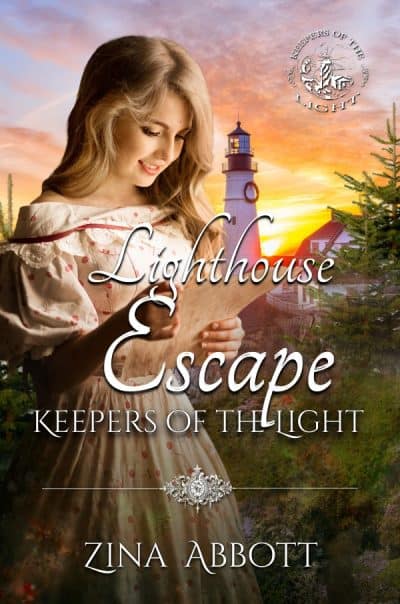 Her future seemed obscure, like a foggy winter day. He felt lost at sea long before he fell overboard into the storm-driven waves.

Stina Dinesen loves her older sister but felt relieved once Lisbet and her new husband moved away from the Crystal Beach Lighthouse. Her happiness was short-lived. She now realizes her parents expect her to take over many of her sister’s former responsibilities in addition to the ones already hers. Only, unlike her sister, Stina never wanted to manage her own lighthouse. She wants to move to town where she can have neighbors and enjoy a social life.

Much to Stina’s dismay, as the sky darkens during the day of what promises to yield the first big storm of the season, her father informs her a passing ship sent a Morse code message that they have a man overboard. They cannot rescue him due to the danger of the nearby partially-submerged rocks. With a wrenched shoulder, Arend Dinesen cannot man the rescue boat alone. He will hold the light and help, but he needs his daughter, Stina, to row.

John Andersen felt lost at sea long before he left his Oregon home on business to sail to San Francisco. Now, he is in the water with a twisted ankle, clinging to a rock miles from shore, and convinced he is destined to meet his end. The first hint he might survive comes when he sees a glowing lantern and realizes it is being held by someone on an approaching boat.

Is it the light that promises a bright future, or could it be the young woman plying the oars?