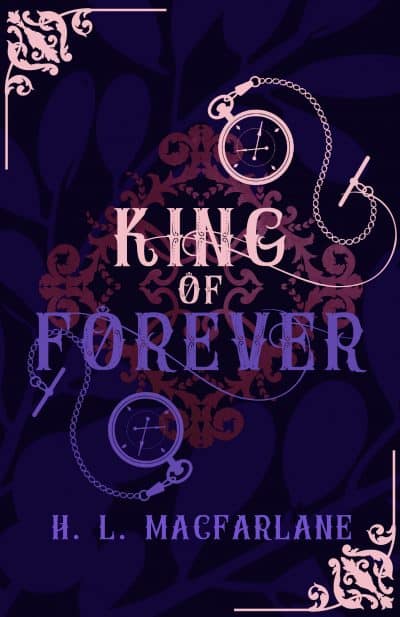 Lachlan and Murdoch have no choice but to team up to take down the Unseelie King and save the woman they both love in the process.

Sometimes protecting those we love means working with those we hate.

Seven years ago, Sorcha saved the life of Lachlan, Crown Prince of the Seelie Court, and became the object of affection for the kelpie, Murdoch, who sought to best him and destroy the court from within.

Five years ago, she saved them both from the wrath of the Unseelie king by giving up half her life.

Now it’s time to pay up.

The last thing Sorcha wanted was an immortal life, but now she may not have a choice in the matter.

For King Eirian wants nothing more than to rule over his Seelie brethren and take control of the kelpie’s powers, and has no qualms about using the mortal woman they both love to do it.

The final book in the acclaimed Bright Spear trilogy, King of Forever is loosely based on the Celtic folk tale Tam Lin, and the myth of Hades and Persephone. It also features cameos from Adrian Wolfe and Julian Thorne, the main protagonists from Big, Bad Mister Wolfe and The Tower Without a Door (Chronicles of Curses books 1 and 3).