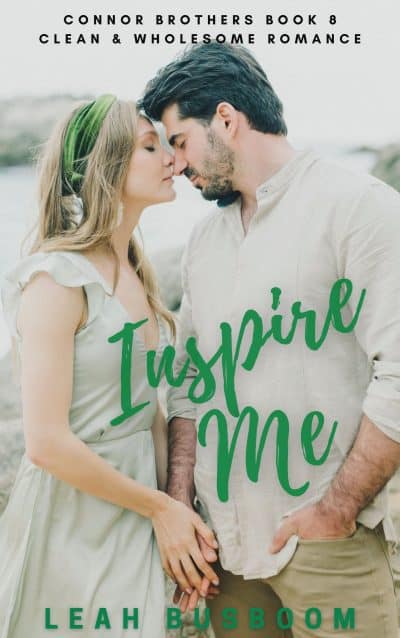 He hasn’t written a word in over two years. She’s a well-respected literary agent he hires to repair his reputation. What could go wrong?

Ian Bradberry is a wildly successful author. His crime thriller series has sold millions, but he hasn’t been able to write the final book in the series. Rumors abound on social media that he’s dead, but he’s really hiding out in the small town of Connor’s Grove trying to get his life back together. He suffered a tragic loss that’s left him unable to write and unwilling to communicate with others. He’s Mr. Grumpy personified.

When Ian reaches out to literary agent Addison Steele to help repair his reputation and to represent him in his next book deal, they butt heads, and she isn’t sure that she wants to represent such a non-communicative grouch.

But their mutual attraction keeps pulling them together. Ian makes excuses to interact with Addie and she finds herself helping him with the remodel of a dilapidated farmhouse. Just when Addie and Ian are making strides to build a relationship together, Ian’s mysterious past threatens to break them apart.

Can Ian put his past behind him and find happiness with Addie?

Book 8 in the Connor Brothers series of small-town, clean, and wholesome romances. This story is a blend of humor and romance, letting go of a painful past, and opening one’s heart to second chances. Fans of Hallmark movies will love this delightful, touching eighth book in the series. This novel may be read as a stand-alone.