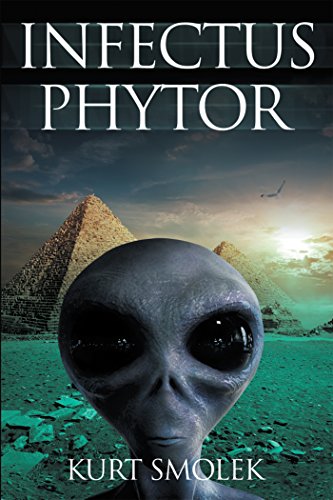 An ancient alien enemy are planning to surface once again, and a team of 8 unique individuals are brought together to stop them. The team includes a grey alien, a wizard, a mermaid, a time traveler, a US Marine, a mutant, Bigfoot, and a wild cat lady with her jaguar.

Thousands of years ago, two alien races left their dying world and decided to come to Earth. One race wanted to take over and rule Earth’s inhabitants, while the other wanted to live in coexistence and in peace with them. A civil war broke out between the alien races, and the inhabitants of Earth got caught in the middle of it. In the final battle, civilizations were destroyed, nations sank into the seas, and Earth’s population, technology, and evolution was set back hundreds of years.

In today’s world, the alien threat is growing once again, and they are planning their revenge with their extinction agenda. A small group of unique individuals have come together to fight in an all-or-nothing war against this infection on our planet. They are called Infectus Phytor. Their ancestors were hunted and killed for being defiant or different. They now team together, bringing an alien, a mermaid, a sorcerer, a marine, a time traveler, a bigfoot, a mutant, and a wild cat lady. They will either eliminate the enemy or be eliminated themselves.

There will be no prisoners in this final stand to save the planet and its inhabitants.