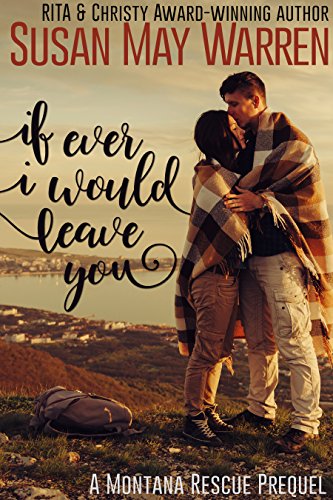 If Ever I Would Leave You (Montana Rescue Book 0)

by: Susan May Warren

Ian Shaw can have anything he wants—except the woman he loves. After all, Sierra Rose is his assistant. Sierra harbors a terrible secret—the fact that Ian’s favorite niece and ward might elope with her less-than-awesome boyfriend. When tragedy strikes, sparks ignite.

If you harbored a devastating secret, had given your solemn promise of silence . . . what would make you to break it?

Ian Shaw can have anything he wants . . .

. . . except the woman he loves. After all, Sierra Rose is his amazing assistant, a woman who helps him hold his empire together, leaving him free to pursue his adventurous hobbies—his only distraction from his excruciating past. Until now. But what if she is the one who can finally free him from his regrets?

. . . the fact that Ian’s favorite niece and ward, Esme, just might elope with her less-than-awesome boyfriend. Sierra’s made a promise to Esme—but her first loyalty belongs to her boss Ian, the man she’s admired for years. But letting herself fall in love with him risks the best job she’s ever had.

. . . because Esme has vanished. Ian fears the worst—has she run away with her boyfriend? Or, has something more sinister happened in the wilds of Glacier National Park? It’s a race against time, with Sierra and Ian caught in the crossfire of secrets, regrets, and what-ifs.