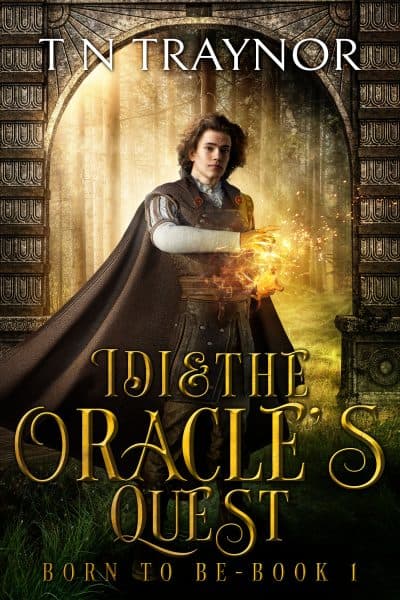 Compelling, immersive, highly interesting, and smart. If you like magical creatures, action-packed quests, and journeys of self-discovery, you’ll love this heartfelt coming-of-age story. For fans of Merlin and the Hobbit.

An orphan with a painful past. A wizard running out of time. Together, they’ll discover the most powerful magic is hidden within.

Orphaned at birth and bullied his whole life, Idi never thought he’d grow up to become anything other than the village idiot. When a washed-up wizard tells him he’s destined to become a legendary magician, he’s certain he’s got the wrong urchin. But that doesn’t stop Idi from tagging along on his quest to save the future king.

After seven decades spent puttering around with his magic, Marcus worries his time for heroics has come and gone. So when an oracle entrusts him to train the only boy capable of saving the entire kingdom from dark magic, he jumps at his final shot for glory.

As Idi studies magic under his new master, he struggles to push past the painful memories of abuse and self-doubt that block his powers. But with each step along their perilous quest to save the future king, Idi’s confidence grows along with his healing touch. As dark magic creatures join the race to sway the future king’s heart, Idi and Marcus must learn to believe in themselves to free the kingdom from the clutches of evil.

Idi & the Oracle’s Quest is the first book in the exciting Born to Be series of YA fantasy adventure novels. If you like magical creatures, action-packed quests, and journeys of self-discovery, then you’ll love Tracy Traynor’s heartfelt coming-of-age story.