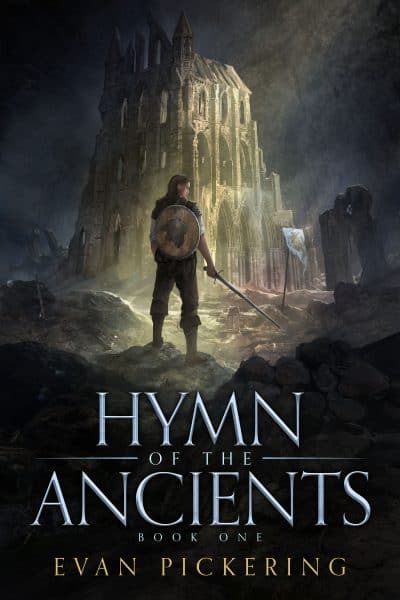 Leonel Anglian doesn’t give a damn about destiny. He threw away his family legacy to become an excavator, digging through the ancient ruins of Demarest. Until the day he discovers a secret buried for thousands of years. One that will shake the foundations of the world.

From the author of Hood that ranked #2 in the Kindle Store and had 2,000,000 KU pagereads its first year of release!

A secret of the world of the Ancients hidden for thousands of years.

A brash and carefree excavator named Leo who stumbles upon a long-buried chapel of the Ancients.

A dark cult awakened again, emerging from the shadows as forgotten relics of the Ancients come back to life.

The hunt for the truth, and Leo himself, begins.

“To hells with your legacy. My life is my own, and I want to explore the world.”

Leonel Anglian was supposed to be a hero. It was a part of his family legacy as the grandson of Leoric Anglian, the greatest holy warrior-general the kingdom of Ellaria had ever known. But after Leo’s grandfather died and his father was exiled for freeing the very orcs his grandfather rallied against in the Rolanse Liberation war, Leo left that life behind. Legacy had brought him nothing but pain and death, and he wanted no part of it.

Now he’s a broke excavator—people who are paid by the Cantry Church to search the world for sacred relics of the Ancients—alongside an unlikely group of companions that do more drinking than they do excavating. And Leo wouldn’t have it any other way. He never worried a day over the things most people ground themselves to dust over.

Until one day Leo stumbles upon the greatest discovery of the Ancients that had been seen in thousands of years—And with it comes secrets that could shake the very foundations of civilization, changing the history that had been known to all the kinsmen of the world.

Across the sea in the continent of Teldaran, Kaejic Bloodwolf, Chieftain of the Bloodwolf tribe of orcs has had visions of his people’s return to their homeland. Visions of Kaejic wiping out the Anglian line and restoring honor to his people. After coming face to face with Leo’s father, Leo is all that is left to stand in the way of his destiny.

Leo’s normal life has gone in an instant. Powerful forces all across both continents are searching for him and the secrets he has uncovered.

The hunt for the truth, and Leo himself, begins.