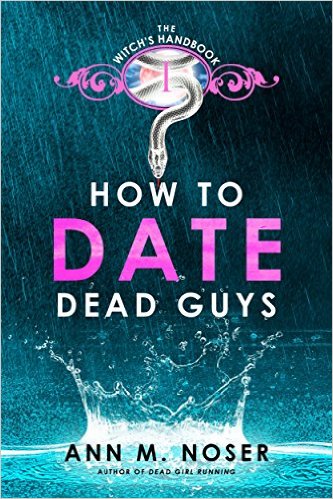 How to Date Dead Guys (The Witch's Handbook Book 1)

When charming Mike drowns in the campus river under her watch, Emma turns to witchcraft and a mysterious Book of Shadows to bring him back. Unfortunately, Mike isn’t the one who emerges from the river.

College sophomore Emma Roberts remembers her mother’s sage advice: “Don’t sleep around, don’t burp in public, and don’t tell anyone you see ghosts.” But when charming Mike Carlson drowns in the campus river under her watch, Emma’s sheltered life shatters.

Blamed for Mike’s death and haunted by nightmares, Emma turns to witchcraft and a mysterious Book of Shadows to bring him back. Under a Blood Moon, she lights candles, draws a pentacle on the campus bridge, and casts a spell. The invoked river rages up against her, but she escapes its fury. As she stumbles back to the dorm, a stranger drags himself from the water and follows her home. And he isn’t the only one.

Instead of raising Mike, Emma assists the others she stole back from the dead—a pre-med student who jumped off the bridge, a desperate victim determined to solve his own murder, and a frat boy Emma can’t stand . . . at first.

More comfortable with the dead than the living, Emma delves deeper into the seductive Book of Shadows. Her powers grow, but witchcraft may not be enough to protect her against the vengeful river and the killers that feed it their victims.

Inspired by the controversial Smiley Face Murders, How to Date Dead Guys will ignite the secret powers hidden deep within each of us.