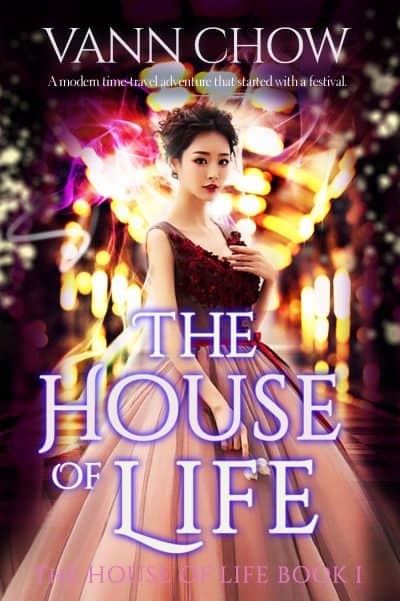 Elise forgot her diary on the metro. Ian didn’t rush out quick enough to return it to her before the doors shut. Their lives would soon be changed forever because of this.

Elise forgot her diary on the metro. Ian didn’t rush out quick enough to return it to her before the doors shut. Their lives would soon be changed forever because of this.

The British HMS Triumph set sail from Hong Kong on a mission to cut off supplies to the German naval based in Tsingtao, Jiaozhou, China. Together with its Japanese allies, they would besiege the city until the Germans surrendered.

Among those captured was a small boy, born of a Chinese mother and a German father. He was later adopted by the HMS Triumph’s engineer and brought back to England to be raised as his own, never to know of his parents and his past.

A hundred years had passed, and the arrival of a new soul, a girl called Elise that died in a hit-and-run, at the Regional Celestial Court of Hong Kong had attracted long-dead raiders that were once Manchurian bannermen who served under the Emperor of Qing. They sought something that Elise had brought with her in death, a diary that would contain information they had sought high and low.

In order to find out what was the secrets in the diary, the young master of the Celestial Court of Hong Kong took Elise and traveled to King Yama’s court, the so-called headquarter of Hell, to read her family’s history from the ultimate Book of Life and Death where the lives of every single person who had ever set foot on China was recorded. And it is on this wild journey spanning both time and space that the book would take you, where they would encounter British ghost ships, snake demons, long-dead Mongolian armies, lost Russian soldiers, and all sorts of magical, paranormal beings and things that are beyond anyone’s wildest imagination still roaming the world of living, invisible to our naked eyes.

Note that this is a multi-book series and each book ends with a cliffhanger.