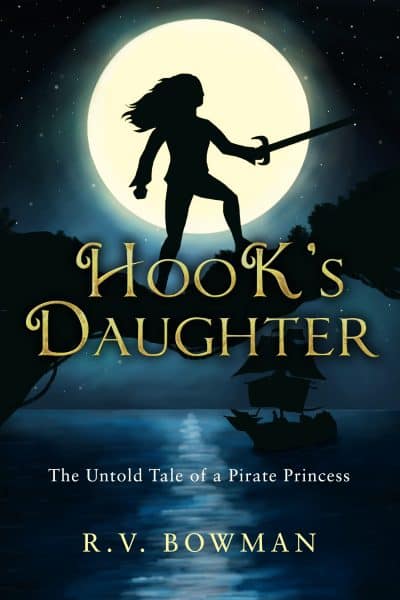 Her biggest hero may be Neverland’s greatest villain. When Rommy’s father doesn’t show up for her birthday, she goes looking for him. She ends up in Neverland, where she finds danger lurking around every corner. Nobody is who they appear to be, including her father.

Her biggest hero may be Neverland’s greatest villain.

Stuck at an exclusive boarding school year-round, Andromeda “Rommy” Cavendish counts down the days to her seafaring father’s twice-yearly visits. Every year, she hopes this will be the summer her father takes her with him on his travels. But he always says she is too young, and it’s too dangerous.

But this summer is going to be different. As the newest and youngest member of her school’s fencing team, danger is her new best friend. There’s no way her father can say no.

But he never shows up for his visit.

Worried that something awful has happened, Rommy dresses as a boy and sneaks out of her school. Traveling through nineteenth-century London, she discovers more questions than answers. To find her father, she’ll have to go to the magical island of Neverland where heroes are villains, and  her father might be the baddest villain of them all.

If you enjoy Once Upon a Time’s fairytale twists, swashbuckling adventures, and spunky heroines, you’ll love Hook’s Daughter: The Untold Tale of a Pirate Princess, first in the middle-grade fantasy-adventure trilogy The Pirate Princess Chronicles.