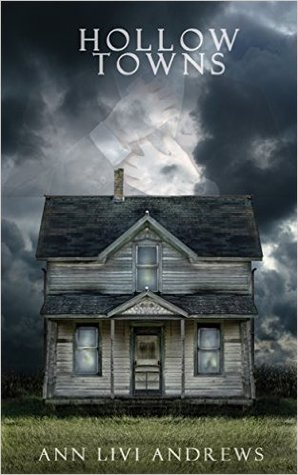 The end did not come swiftly as media and literature had predicted. Now the cities that had once stood out so brightly against the darkness are silent and hollow. Can the survivors live on in this desolate land?

The end did not come swiftly as media and literature had predicted. There was no deadly virus released to wipe out humanity. There was no meteor on course to collide with earth. There was no Biblical flood or fire and brimstone. And there was no army of the undead to rise up against the living.

In fact, no one knew where or when it began. It was suspected to have first occurred in some remote village without the means to report what was happening. Even when it began to be reported, no one understood what was happening, so no one was alarmed. They were just lightning storms. First came a thick, gray cloud covering that blocked out the entire sky and all light. Then the steady and unending drizzle of rain that never turned into a downpour, but never lightened up either. Then there were reports of lightning. But no one took notice. After all, who cared about a mild storm? It wasn’t until the cloud bank reached Spain, and then France, that the panic began to rise.

Scientists called it a climate shift, but even they couldn’t explain how it was destroying entire cities or why there were very few bodies found. Paranormal experts claimed extraterrestrial visits and mass abductions. Conspiracy theorists believed the government was concealing either a massive war that was quickly escalating and approaching the United States or a government funded weather control experiment had grown to an uncontrollable scale. The religious believed, wholeheartedly, that it was the Second Coming.

But when the thick cover of clouds and the steady rain reached American soil, people stopped looking for the root cause and began trying to find a means of survival. In the end it didn’t matter whether a family had boarded up their house, hid in a basement, secured themselves in a panic room, fled to the country, or found a cave or underground bunker that they thought would protect them. It found them just the same as it had everyone else. And the cities that had once stood out so brightly against the darkness were now just as silent and hollow as every other town, village, farmhouse, hut, and tent around the world. Can the survivors live on in this desolate land?