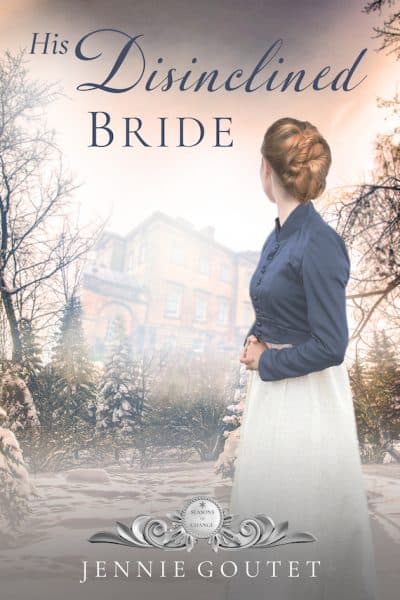 Theirs is not a love match. She’ll make sure of it.

Kitty Stokes never imagined she’d be so weak as to sacrifice herself on the altar of family obligations, but when the only alternative to marriage with Lord Hayworth is to play nursemaid to her brother’s children, Kitty reluctantly agrees. On her wedding day, she’s certain she has made a grave error, but it’s too late to back out.

Phineas Hayworth refrained from setting eyes on his new bride before their wedding day—the price he forced himself to pay for being so mercenary as to wed the sister of a wealthy merchant in a bid to save his estate from ruins. Her beauty, therefore, comes as a shock, as does her icy treatment, which he feels he deserves. He swears an oath he will not approach her for an heir unless the invitation comes from her.

As Phineas sets out to put his estate in order and present his new wife to Society, he finds her more enchanting than he could have hoped for, even in a love match. Kitty continues to hold him at arm’s length, although he suspects her feelings for him run just as deep. As Phineas’s love and desire for his wife grows, the oath he swore her begins to suffocate. It soon becomes clear that while he’d once been prepared to settle for a loveless marriage, he will not abide an unrequited love.

His Disinclined Bride is a sweet/clean regency romance stand-alone novel, book seven in the Seasons of Change series.