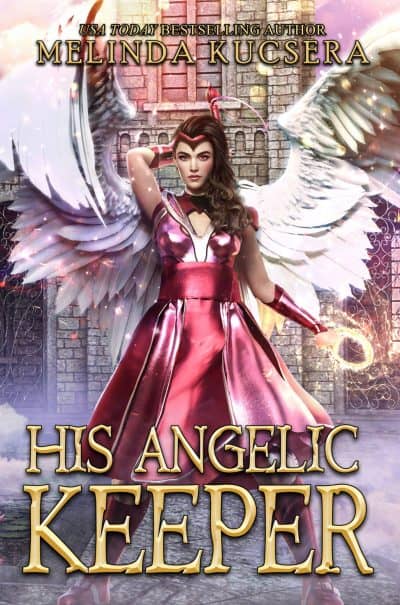 This summer, not all angels come in peace, and they’re not alone. To save her still-living twin, one young woman must uncover the secret they’ll kill to protect. But what’s a sister to do when a demon threatens her brother and his son?

This summer, not all angels come in peace, and they’re not alone. One demon, two dragons, five angels, and a pack of memory-stealing beasts stand between one young woman and her past.

When a supernatural conspiracy threatens her still-living twin and his young son, it’s time for desperate measures. Sovvan might be dead, but she won’t let incorporeality or amnesia stop her.

To save her brother, she must first regain her past. But in doing so, she uncovers a dangerous secret an angel killed to protect. And he’s not alone. When Sovvan crossed the line between life and death, she undermined the balance that underpins reality. Now a host of angels are out to stop her before she destabilizes it any further.

For everything, there’s a price even for saving those she loves. Unless Sovvan can find a loophole, all of reality might pay the ultimate price just so she can save her brother and his son. But she’d better hurry. Her magical twin is fighting for his life against a powerful demon bent on taking his soul, and his son is next in line.

His Angelic Keeper is the first book in a humorous, action-packed sword-and-sorcery series starring Sovvan from the Curse Breaker series. With no allies to help her, this plucky ghost must brazen her way through the formless, memory-leeching gray of limbo to the purple spires of heaven itself. And that might not even be enough to stop what’s coming.