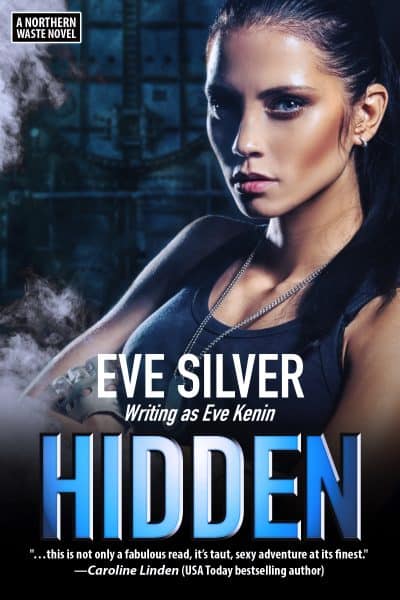 Tatiana and Tristan are forced into a shaky alliance, struggling to survive ice pirates and a lethal plague—not to mention battling an attraction hotter than a plasma blast. “An edgy, adrenaline-boosting, sexy . . . futuristic romance.” —Booklist

For most of her life, Tatiana was imprisoned, tortured in the name of science, her DNA used to create a plague that could wipe out the entire population of the Northern Waste. But since her escape, she’s no one’s victim. Not any more. She means to hunt down her tormentor, kill him, and destroy the plague he created. Nothing slows her down or distracts her from her mission. Until she encounters the mysterious Tristan, who claims his goals match hers.

Enemy or ally, she has no way to know . . . but she does know better than to trust a smart and sexy stranger who’s alpha to the core. While her body aches for his touch, her mind recognizes that he’s a man with secrets and a hidden agenda of his own. She means to discover what he’s hiding, but first they’ll have to survive ice pirates, a lethal plague, and being trapped in an underground lab, running like rats in a maze from a deadly threat unleashed by a madman.

“[Silver] keeps bringing a fresh aspect to romance with strong worldbuilding and a poignant love story. It’s a true marriage of the themes of fantasy/science fiction and romance . . .” —DearAuthor.com