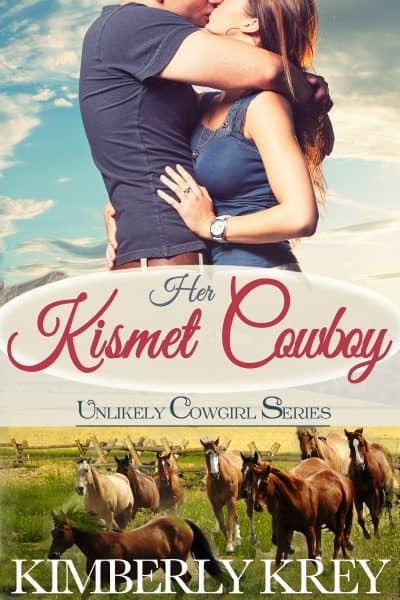 Her brother is ruining their family, her cheating fiancé is ruining her life, and as Payton tries to pick up the pieces, a stubborn cowboy thwarts her plan and steals her heart.

***Previously published as This Cowboy’s a Keeper**

Keeping up with the Kellers is no easy feat, but each family member must play their part. So when her brother Jason trades his Stanford scholarship for life as a measly ranch hand, Payton Keller must do what’s best for her high-profile family. But just before leaving The Golden State, Payton gets a devastating blow—her fiancé is cheating on her. With two fires to put out, Payton marches up the doorstep of her brother’s new boss—some too-handsome-for-his-own-good cowboy who doesn’t have the decency to put a shirt on before answering a door.

Luke Branson is glad he hired Jason Keller despite his reservations. The kid is a hard worker, and nothing like the entitled teen the tabloids make him out to be. But when Jason’s glamor-girl sister shows up one night making demands, Luke wonders if he’s made a mistake. Still, he can’t send her packing in the dead of night, so he allows her to stay hoping she and her brother can make amends. What Luke doesn’t expect is the magnetic pull he feels toward the redheaded beauty.

Payton is shocked to find the country lifestyle, free of Hollywood demands, is better than any she’s known. And when she gives into a weak moment and kisses the handsome cowboy who owns the ranch, she finds she’s been missing out in more than one way. But has Payton’s journey led her to a life she’s meant to live, or merely given her a taste of something she’ll never have?