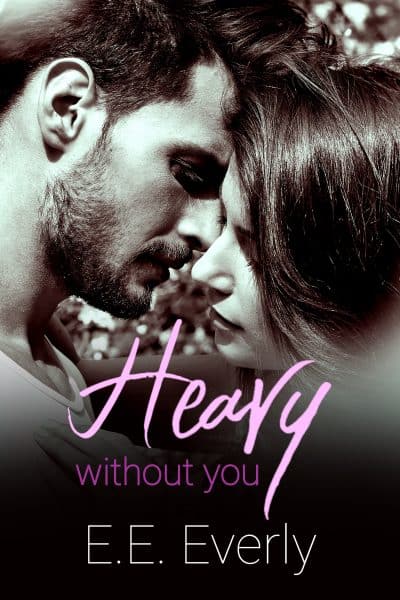 Heavy without You: An Older-Man-Younger-Woman Boss-Employee Forbidden Romance

Heavy Without You is a semi-sweet contemporary romance. If you like forbidden love; a sexy, confident man; saucy situations; and a woman hiding from her past, then you’ll love this book by E.E. Everly.

She awakens a passion he thought was gone. Showing her the love he feels without crossing the lines is not as easy as he thought.

Cai Taylor is confident, bold, and single—with two kids. His wife died eighteen months ago to the day, and he should be ready to move on, according to his secretary, who’s been preparing him for a while to enter the dating world.

He’s had his eye on Kate Windsor. She’s saucy, artistic, and just her walking toward him on the sidewalk gets him all hot under the collar.

That won’t do when he’s the principal and she’s a frequent substitute teacher at his school. To top it off, one minute Kate’s easy going and gives him every sign that she wants him as much as he wants her, and the next minute, she’s standing him up.

If Cai wants difficult, he can just try feeding his toddler lima beans.

Being a principal gives him a professional mindset that won’t allow him to hear no. On the surface, Kate is everything Cai wants in a wife and in a mother for his kids, but as dark secrets unfold, Kate’s past might be harder to overcome than he thought.

⚠ Content warning! This novel contains several non-detailed passionate kissing scenes and sexual innuendos. (There’s lots of heat but no descriptions of hands in inappropriate places.) Contains no sex whatsoever. (Though you might find yourself looking at spaghetti sauce and lemon cake differently in the future.) Also contains a few swears (no f-bombs!) It’s definitely not clean and wholesome romance, so my usual readers beware.