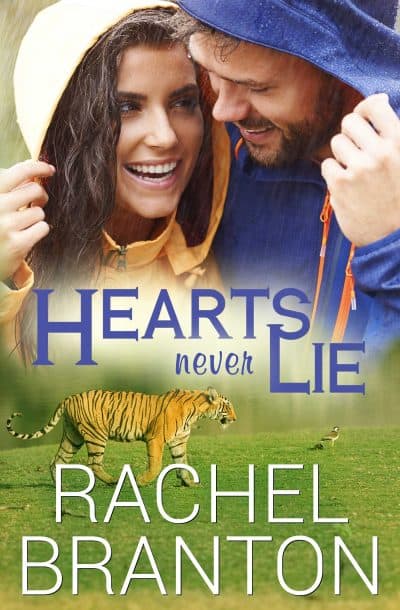 Zoey will risk anything to find her sister in the storm. So will the man who loves her. Can he slip past the walls Zoey has built to hide her secrets?

Some Secrets Are Meant to Be Shared

Caring for the animals at Safe Haven Exotic Wildlife Sanctuary has filled the holes in Zoey Morgan’s life and soothed the memories that haunt her. It helps that she works with Stephen Carey, whose uncle owns the sanctuary, and Declan Walker, who is as wild and untouchable as the animals they help. When a storm hits, flattening buildings and flooding roads, the sanctuary goes into lockdown. Zoey learns that her younger sister is lost in the storm, and she will risk anything to find her. So will the man who loves her—if she’d let him. Can he slip past the walls Zoey has built to hide her secrets?

All Ruth Truman wanted was to open a little cafe and do what she does best, but the price tag is years out of reach. Then a not-so-chance meeting with a gorgeous photographer and help from her hodgepodge family might just put the goal in reach. Except now both her future and her heart are at risk—will the cost be too high?

A blind-date-gone-wrong is not the way Bianca would have chosen to celebrate the news that she might be losing her business, but saying no to the sister who took care of her after their mother’s death proves impossible. So for one date, one torturous evening, she’ll endure the company of an infuriating, heartless man she has no intention of ever seeing again. She doesn’t expect her heart to have other plans. Sometimes the unexpected is not only what you need, it’s exactly what you’ve been waiting for all along.

You first met Zoey, Ruth, and Bianca as runaway teens in House Without Lies. Now they are all grown up and finding love in this intertwined three-story romance.