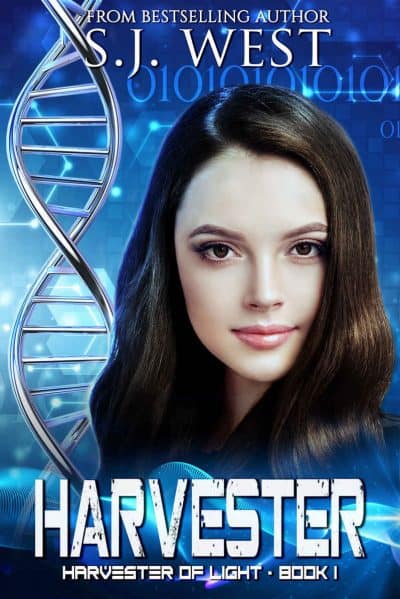 In a time when technology gives you the choice of trading in your humanity for immortality, war has broken out between those who have chosen eternal life, known as Harvesters, and the last few humans who view death as a small price to pay to retain their immortal souls.

What price would you pay to live forever?

In a time when technology gives you the choice of trading in your humanity for immortality, war has broken out between those who have chosen eternal life, known as Harvesters, and the last bastion of humans who view death as a small price to pay to retain their immortal souls.

As one of the few remaining survivors of the war, Skye and her best friend Ash struggle to live in what’s left of a post-nuclear United States. They elude capture by the Harvesters and simply try to stay alive in a world gone mad. After years on the run together, Skye’s feelings for Ash develop into a love that is never openly reciprocated. Ash stoutly maintains his role as Skye’s guardian, never allowing his emotions to get in the way of keeping her protected.

Finding themselves in the wrong place at the wrong time, Skye and Ash become embroiled in a struggle against two Harvesters who are torturing a young man named Jace. During the altercation to save themselves and Jace, Ash is mortally wounded. Skye begins to lose hope that she can save her friend until a mysterious woman appears out of nowhere. The woman instructs Skye to journey to the Southern Kingdom, a haven built by the surviving members of humanity, if she ever wants to be with Ash again.

“Our fates are in your hands. Don’t fail us,” the woman warns Skye before literally vanishing into thin air, taking Ash with her.

Desperate to be reunited with Ash, Skye and Jace begin their long trek towards the Southern Kingdom. Along the way, Skye unlocks a dark secret about her past, and discovers why Jace is so adamant that he knows her even though he has no memories about his own past. During the trials they face together along the way, Skye attempts to cope with her developing feelings for Jace. Feelings she never thought she would have for anyone but Ash.