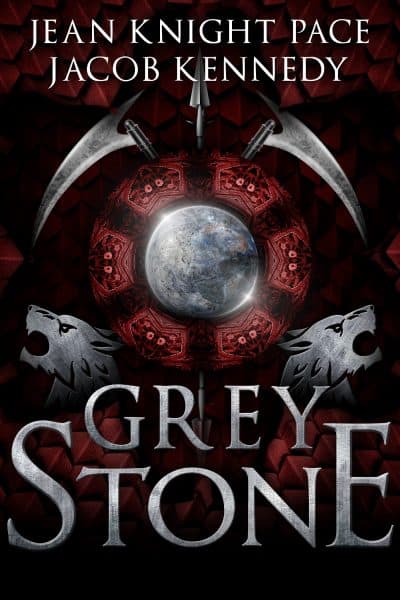 When a human boy finds an orphaned pup in the wood, he takes a chance that could save or destroy them both.

In the land of the great red sun, dogs sing, wolves kill, humans serve, and wolf-shifters rule with magic and menace.

Pietre is a human boy who has spent the last thirteen years afraid of the sunset, the Blødguard, and the wolf-shifting masters who rule his world.

Wittendon is a werewolf prince who has spent the last nineteen years afraid of his father, his inability to do magic, and the upcoming tournament he's sure to lose.

But when Pietre finds an orphaned pup in the woods and Wittendon is forced to arrest the boy's father soon after, both of them begin to realize that keeping the rules might be just as terrifying as breaking them. Now serf and master must learn to cut through their own prejudices and work together in order to turn their world before it turns on them.

Grey Stone is a story of dogs who talk, wolves who kill, and a stone that—for better or worse—can change all that.