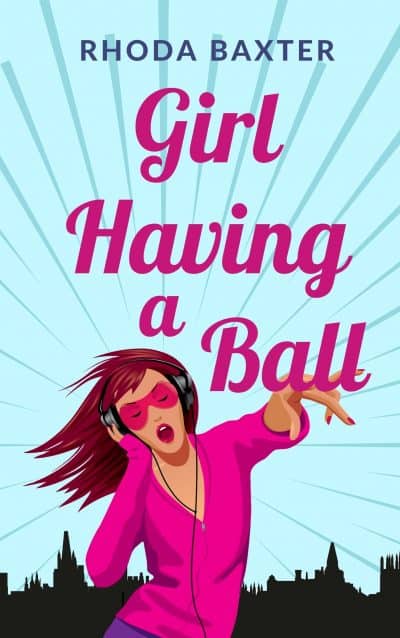 Stevie agrees to organise a fundraising ball in Oxford. Add a rambling house, a committee that can’t agree, and a budget that’s far too small, and Stevie thinks things can’t get worse . . . and then her childhood crush turns up.

Sometimes being an event planner can be a load of balls.

Twenty-two-year-old Stevie needs to prove to everyone that she’s a grown up. So she throws herself into her dream of becoming an event planner by agreeing to organize a fundraising ball in Oxford. Add a rambling house, a committee that can’t agree, and a budget that’s far too small, and Stevie thinks things can’t get worse. Until her childhood crush, her big brother’s old housemate, turns up.

Tom is working hard to be the success his mother wants him to be. When he realizes that the ball his mum and her friends are organizing will be run by his friend’s baby sister, “poor, needy Stevie,” he steps in to avoid disaster. But Stevie is no longer a teenager, she’s a disturbingly attractive young woman . . . and she’s not about to let anyone get in her way.

Shortlisted for the 2017 Romantic Comedy Award from the Romantic Novelists’ Association, Girl Having a Ball is the second standalone novel in Rhoda Baxter’s Smart Girls series. Ideal for fans of Mhairi McFarlane and Sue Moorcroft.