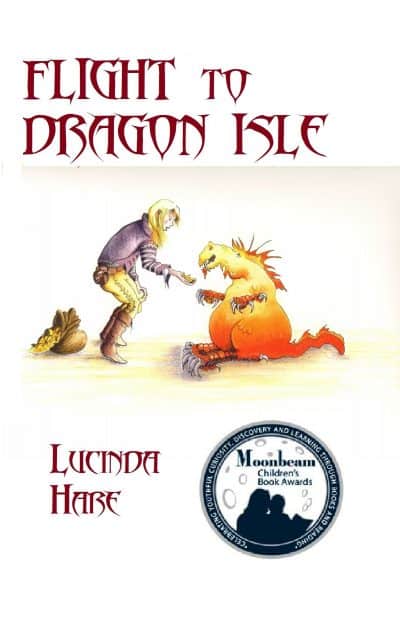 Quenelda is a dragon whisperer & dreams of joining the Stealth Dragon Services. When her father & the SDS are betrayed & her own life imperilled, Dragon Master Tangnost flees with her to Dragon Isle. An unlikely survivor of the battle reveals the truth to her.

If you’ve read the first book, The Dragon Whisperer, then the return of Quenelda and Root will be like revisiting old friends. You might think nothing’s changed. Quenelda is still the headstrong girl we met in book one and Root is still the nervous gnome, but this pair are slowly finding their feet. Root is growing in confidence (but still manages the odd mishap, which makes him as funny as ever) and Quenelda, the girl who can talk to dragons, is slowly realizing that she has more power and magic within her, than anyone ever imagined.

As in the first book, Hare continues to spread magic over her words. In the Seven Sea Kingdoms, not even something as normal as the date and time are well . . . normal. Wouldn’t it be great if we could meet our friends at ‘the hour of the irritated bumblebee’ instead of three o’clock? Wouldn’t it be great if this year was ‘the year of the Sabre-Toothed Doormouse’ instead of 2011?

Above all, this second book packs a punch. An almighty war breaks out with the hobgoblins, and Quenelda’s world is thrown into turmoil. As the reader, you’re either rooting for something to go right, or hoping something doesn’t go wrong. Hare takes you on a journey and you really don’t know how things are going to turn out. This is a darker tale, filled with dark magic; that Hare describes vividly, so certain moments play out like a film in your head.

What about the dragons? There’s Frosts, Magmas, Vampires . . . (yes, Vampire dragons) along with the wonderfully named ‘I’ve Already Eaten’ and Quenelda’s own dragon, ‘Two Gulps and You’re Gone’.

By the time you’ve finished this book, you’ll wish dragons were on sale at the local pet shop.