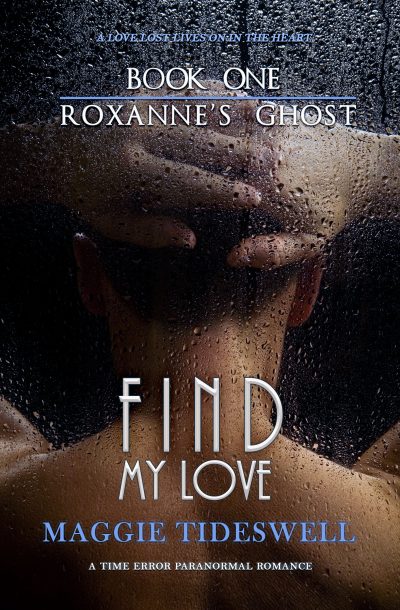 A Complex ghost story of identical twin sisters’ love for the same man. He married on, while the other bided her time. Then a nanny came for an interview. It was Friday the 13th.

A nanny came for an interview. The day was Friday the 13th.

Dr. Ben Arnold is still grieving the death of his wife, but needs someone to care for his four-year- old autistic daughter. The last thing he wants is an insanely strong physical reaction to the nanny candidate. When she fell on top of him, no one could have foreseen the furor about to erupt over Weltevreden— no one except Ethel, Ben’s ancient housekeeper. Ben refuses to even consider Jessica James for the position.

Jess is determined to demonstrate to the very handsome yet very rude widower she is the perfect choice, no matter how much he scowls. She is the unseasonal storm to disrupt Ben’s life, and may be the balm he needs.

While strange happenings all around them defy common sense, Jess’ glimpses of a life long past add to the surreal quality of Ben’s estate. Unknown to her, it is the first anniversary of Roxanne, Ben’s wife’s death. The event brings his three oddball sisters-in-law, including Roxanne’s identical twin, to his home. They claim Roxanne isn’t dead after all, and intended to find her and bring her home. The twin, Millicent, in particular, isn’t happy with Jess being at Weltevreden . . .

Trouble is immanent, but only as far as Ethel allow . . .

Question is, if she isn’t dead, where is Roxanne?