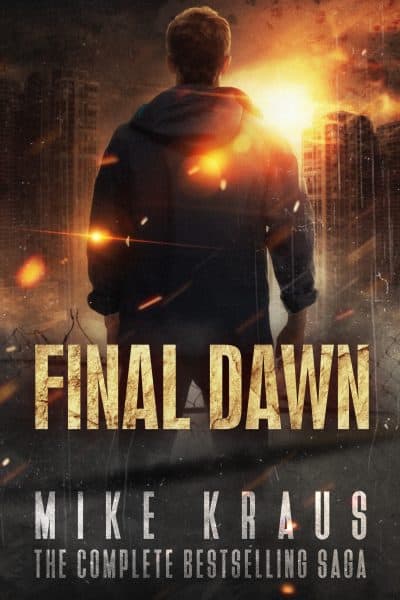 Humanity has been torn asunder and brought to the brink of total annihilation. For the survivors, the true horror is about to begin as they struggle to stay alive and come to grips with the shocking realization about what—and who—was responsible.

When the end of the world arrived, it came not with a bang, as most expected, but with more of a “pfft” instead.

Humanity has been torn asunder and brought to the edge of total annihilation in less than an hour. For those who died, it was a quick death, so fast that their brains didn’t have time to process the pain signals from their nerves. For those who survived, the true horror is about to begin as they struggle to not only stay alive but come to grips with the shocking realization about what—and who—was responsible.

Final Dawn is a thrilling post-apocalyptic series that follows the journey of four people who survived the end of days.

Nancy Sims—An accountant, traveling across the plains of the Midwest towards a new job, caught in the middle of nowhere, destruction all around her.

Marcus Warden—A self-made millionaire from New York, vacationing in a national forest of West Virginia when the bombs fell.

Rachel Walsh—A wife and mother whose family is swept away in the blink of an eye, struggling with her loss and the dawning realization of what may have truly transpired to bring about the end of the world.

If you like fast paced action, edge-of-your-seat suspense and impossible odds, you will love this, the Final Dawn Complete Series!