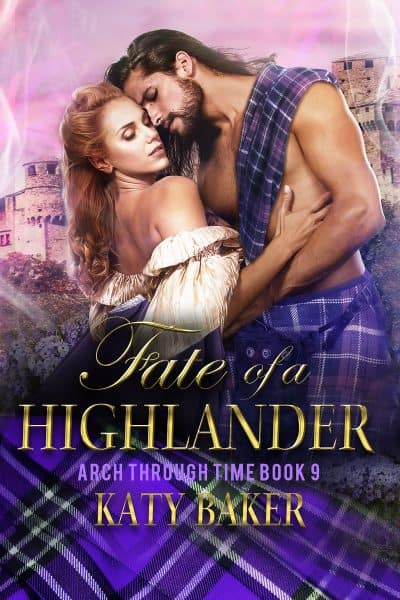 Fate of a Highlander: A Scottish Time Travel Romance (Arch Through Time Book 9)

A modern woman braves the dangers of the sixteenth century Highlands and her own dark past to find the one thing she’s never had: love.

Eleanor Stevenson’s life is empty. Having sacrificed everything to become a doctor, she throws herself into her work, leaving no room for anything else. But haunted by a tragic mistake from her past, she finds that not even medicine brings the solace she yearns for. So when a strange old woman shows up at her surgery and she’s offered a job in a remote village in the Scottish Highlands with the chance to start over, she takes it.

But when she steps through a living archway on a wind-swept hillside, Eleanor finds herself tossed into the Highlands of the sixteenth century. They’re beautiful, wild, dangerous—and a million miles away from everything she knows. Her only hope lies in the rugged Highlander who comes to her aid—but she’s not sure she can trust him.

Finlay MacAuley is trapped. Cursed by a fateful bargain with the Fae, he’s become everything he hates. Liar. Traitor. Oath breaker. So when he rescues a strange woman from a savage gang of mercenaries, he dares to hope that fate might have given him a second chance. If he can get her home, maybe he can find some sort of redemption.

But fate, it seems, has other ideas. Finn and Eleanor find themselves thrown into a war that threatens not only their lives but the very future as well. Only together can they find a way to stop it. But will their damaged pasts allow them to trust each other? Or will their secrets break them?