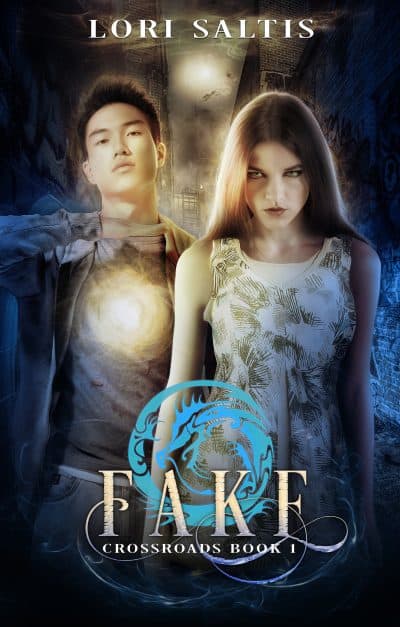 Fake (Dragons of the Crossroads Book 2)

On the Crossroads, clan comes first, but what if your clan turns against you? To survive, Penny and Lennon must use mystical powers, make painful choices, and summon a powerful dragon.

Romeo and Juliet with dragons. Will a magical civil war doom them both?

Penny Sparrow hates being fake. But when her widowed mom remarries, dragging her from London to San Francisco, she’s trapped in a pretend life with a tyrannical stepfather. Things only get worse when the scheming head of their magic-wielding clan threatens to blow their cover.

Lennon Lau isn’t sure how he’s supposed to fulfill a prophecy and ascend to dragonhood. But when murder slices through his family, he burns for fiery vengeance. Fleeing from shadowy traitors desperate to prevent his rise, he takes to the streets intent on delivering justice.

Brought together by an unlikely ally, Penny and Lennon vow to uncover the mystery behind the murderous chaos. But with every faction vying for control, they find themselves caught in a power struggle driven by an ominous prediction.

Can two teens plunged into a traitorous war discover the truth before they’re silenced forever?

Fake is the second book in the action-packed Dragons of the Crossroads fantasy series. If you like snarky, rebellious teens, magical martial arts, and mystical dragons, you’ll love this enthralling tale.