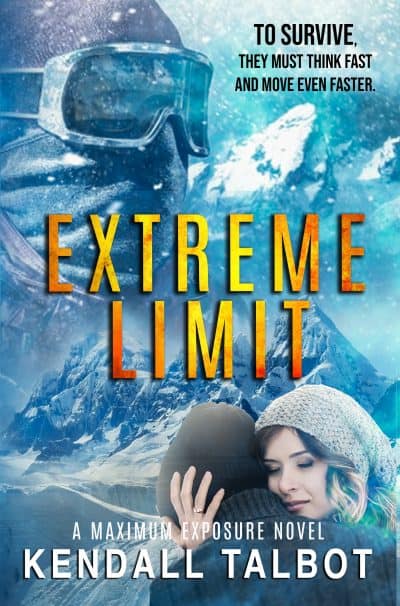 The mountain helicopter crash didn’t kill Holly. Nor did her brutal injuries. But nobody believes her about the bodies she saw in an icy crevasse. An unsolved kidnapping offers her clues to the bodies. But now there’s a killer who’ll do anything to keep the case cold.

Holly Parmenter doesn’t remember the helicopter crash that claimed the life of her fiancé and left her in a coma. The only details she does remember from that fateful day haunt her—two mysterious bodies sealed within the ice, dressed for dinner rather than a dangerous hike up the Canadian Rockies.

No one believes Holly’s story about the couple encased deep in the icy crevasse. Instead, she’s wrongly accused of murdering her fiancé for his million-dollar estate. Desperate to uncover the truth about the bodies and to prove her innocence, Holly resolves to climb the treacherous mountain and return to the crash site. But to do that she’ll need the help of Oliver, a handsome rock-climbing specialist who has his own questions about Holly’s motives.

When a documentary about an unsolved kidnapping offers clues as to the identity of the frozen bodies, it’s no longer just Oliver and Holly heading to the dangerous mountaintop . . . there’s also a killer, who’ll stop at nothing to keep the case cold.

Will a harrowing trip to the icy crevasse bring Holly and Oliver the answers they seek? Or will disaster strike twice, claiming all Holly has left?

Extreme Limit is a thrilling action-adventure novel with a dash of romance set high in the Canadian Rockies. It’s a full-length, stand-alone Maximum Exposure novel, previously published as Out of Mind.