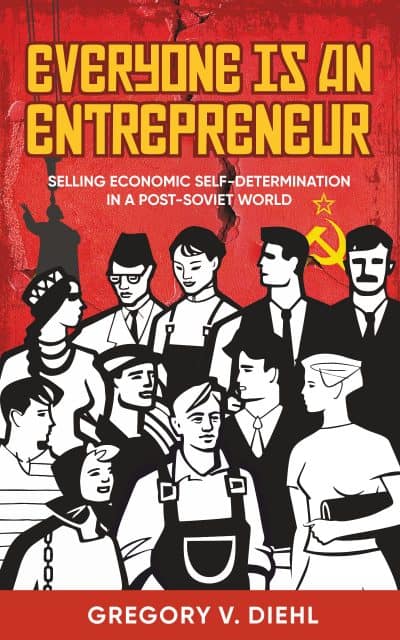 Everyone Is an Entrepreneur: Selling Economic Self-Determination in a Post-Soviet World

Everyone Is an Entrepreneur showcases the experience of an American author acclimating to life in the developing post-Soviet economy of Armenia. He examines how these intelligent and hardworking people are stuck in a state of transition away from bureaucratic control.

Westerners today grow up with abundant opportunities to determine their own values, identities, and roles in society. But for generations, millions who lived under Soviet rule in the USSR had these essential freedoms withheld, determined instead by a central authority that claimed the right to choose for them and enforce compliance. Thirty years after the Soviet Union’s decisive collapse, the old communist paradigm continues to limit those who come of age in a post-Soviet world.

Everyone Is an Entrepreneur showcases the experience of an American author acclimating to life in the developing post-Soviet economy of Armenia. Along the way, he examines how the intelligent and hardworking people he lives among are stuck in a state of transition away from all-encompassing, bureaucratic control. They struggle to adjust to the responsibilities of economic self-determination because they have never learned how to see the world through entrepreneurial eyes.

Entrepreneurship is a principled way of seeing the world, a paradigm that applies to people in all cultural and economic circumstances: Artists, office workers, doctors, teachers, farmers, and laborers alike. By adopting this universal outlook, anyone can produce more wealth, accomplish bigger goals, and take control of their life like never before.