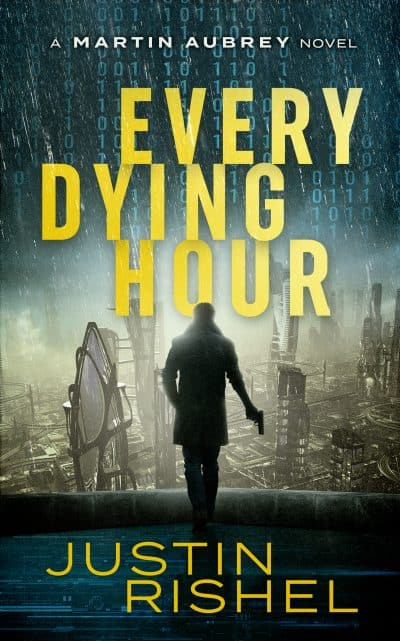 In the future, a pill called Zentransa eliminates the need for sleep . . . if you can get it. One Front for the People, or OFP, are terrorists out to kill the pill and anyone who uses it. Martin Aubrey is an ex-cop caught in the violence, and it’s up to him to stop it.

In the future, there is no need for sleep.

Zentransa, a revolutionary pill, gives its users the ability to live a true 24 hour day . . . fully awake. Only a few can get the Z pill, however, and society revolves around those that do.

Not everyone is happy about it. One Front for the People are terrorists hell-bent on rebalancing the world’s economic and social scales by eliminating the pill that they consider to be a plague.

Martin Aubrey is a former cop living with regret. His mistake in a firefight took the life of another officer. Now, he longs to wear the badge again. He’d do anything to get another chance to serve.

One Front for the People is about to give Aubrey that chance. They’ve started bombing the city and poisoning its children.

People are dying. Kids are sick. No one is safe. Everyone is a target.

Soon, Aubrey is thrust into a nightmarish race against the killers where nothing is as it seems, and answers only lead to more questions.