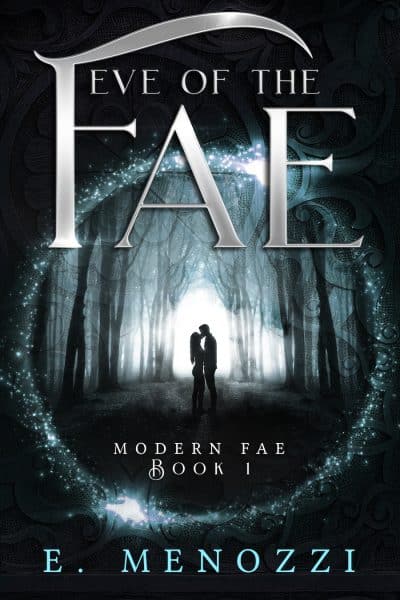 Eve’s Christmas vacation to England turns deadly when she falls for Liam, an undercover Fae prince. Eve isn’t fooled by Liam’s unassuming appearance and Liam can’t resist his attraction to Eve, but surrendering to their forbidden love will threaten both their lives.

Eve doesn’t believe in magic or fate. But when her carefully ordered life begins to unravel, she starts dreaming about the Faerie Queen depicted in a tapestry that hangs at her uncle’s family estate in England. The dreams rekindle her passion for history and give her a new plan for her future. Step one in that plan is a Christmas visit with her aunt and uncle at Lydbury Manor that she hopes will earn her an internship with her uncle. Unfortunately, a mysterious, handsome stranger is also living at the manor and says he’s her uncle’s secretary.

Liam has been cooped up in Lydbury Manor masquerading as a human for far too long, at least as far as the Fae High Court is concerned. He knows he’s close to locating the magical artifacts that will help the Fae destroy the leader of the Wild Hunt. He just needs a little more time. What he doesn’t need is Oscar’s niece showing up, asking questions he isn’t allowed to answer. If he allows her to distract him, the Hunt will ride again at the winter solstice, laying waste to the remaining Fae.

As Eve’s suspicions about Liam bring her closer to discovering his secrets, the pair are forced to decide between fighting their mutual attraction, or surrendering to a forbidden love that will threaten both their lives.