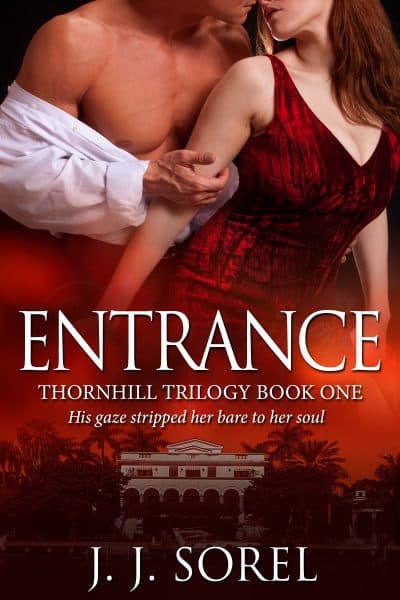 Sparks fly when a smart, quirky art history grad meets her new smoking hot boss. His past is a mystery, even a little dark. As she bathes in his considerable charms, rumor and revenge makes for a tense, suspenseful, and hot romance.

Clarissa Moone’s a smart, quirky art history grad with an almost unhealthy obsession for vintage clothes. When she lands a job working for the enigmatic Aidan Thornhill, she doesn’t quite know what to expect—but certainly not romance.

Aidan is a self-made billionaire whose early life is shrouded in mystery. Fleeing a scandal, he joined the army and, years later, returned from Afghanistan with a head full of bad memories and a million dollars left to him by a dead friend. Now, he’s one of LA’s wealthiest bachelors—and he’s also smoking hot.

But even this billionaire veteran didn’t count on the voluptuous Clarissa. With rumors already circulating, Aidan breaks his golden rule: one steamy night on his private yacht, he seduces Clarissa. When he discovers her lack of experience, instead of running, he takes control. Things are about to get filthier than Clarissa ever imagined.

Aidan’s dark past is never far behind. Determined to stir trouble, three figures—an old army comrade, a spurned ex-con, and a spoiled old flame with sharp claws—emerge to reap revenge.

Rising to defend his new lover, the former soldier charges headlong into battle, determined to have Clarissa even if it means losing everything, while she must choose whether to ignore the rumors and continue to bathe in Aidan’s charms . . . Or leave her dream job.