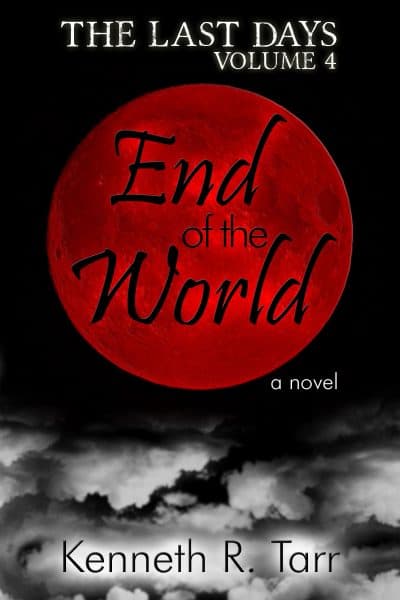 End of the World (The Last Days Book 4)

Steven Christopher once again accepts an important call from the LDS prophet, and he and his wife, Mary, become eyewitnesses to the momentous events of the world hurling toward its final destiny.

BEHOLD, HE COMES AS A THIEF IN THE NIGHT

Steven Christopher once again accepts an important call from the LDS prophet, and he and his wife, Mary, become eyewitnesses to the momentous events of the world hurling toward its final destiny. Their faith in God is tested to the utmost when they are faced with extreme uncertainty and the possibility of great personal loss.

Gerald Galloway, the tyrannical leader of UGOT, orders his mighty coalition armies to mobilize and advance on Israel, with instructions to wreak destruction and bloodshed against all the Jewish and Christian communities they encounter as they move toward the land of Palestine. His primary goals are to destroy the Jews he hates so much and to rule the earth by means of his Satan-inspired government.

The decent and freedom-loving people of several countries refuse to support UGOT in its evil designs and they risk their lives to travel under perilous circumstances to fight in behalf of Israel in the greatest war in human history—Armageddon. But as scripture foretells, the Lord will not abandon his people in the terrible war against Gog and Magog.

End of the World, the fourth and final novel in the Last Days series, brings to life the scriptural prophecies concerning the final scenes of the earth’s history and how these pivotal events might effect the people of Israel, their Arab neighbors, and the saints of New Zion. Kenneth R. Tarr’s in-depth research makes this novel, which includes a depiction of the Second Coming, the resurrection, and life during the Millennium, not only thoroughly engrossing but realistic according to LDS doctrine.