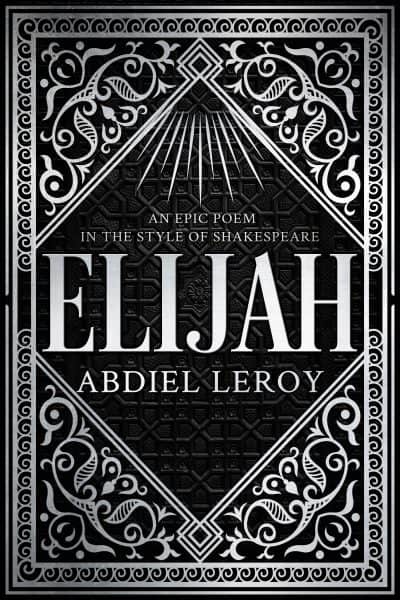 A corrupt kingdom, a murderous queen. Only a miracle can save him!

The kingdom of Israel, 9th-century BC. A time of great religious and political turmoil, when those who oppose the murderous Queen Jezebel—yes, that Jezebel—are ruthlessly hunted down and killed.

Elijah is her chief target. Not only has he has publicly denounced her and King Ahab, through whom she rules, and evaded all attempts to capture him, but he has deployed his prophetic powers to afflict the entire kingdom with a paralyzing drought.

So far, he has managed to stay one step ahead of Jezebel’s spies and assassins, but her latest death threat has prompted him to take flight into the desert, just after he has had 400 of her followers killed.

Meanwhile, the king’s own bodyguard is deeply divided in its loyalties. The cruel Benaiah, who falls under Jezebel’s seductive spell, is the chief henchman in her schemes, while Eleazar, though junior in rank, dares to defy him to protect the prophet.

This clash of mighty warriors is just one of many fierce encounters in this reimagined version of the Old-Testament tale, including dueling dragons and skirmishes in space between God’s messenger angel, on his way to Elijah, and the rebel Satan with his thuggish cohorts. Even among court officials, allegiances are secretly divided as the king’s counsellor Obadiah brings secret aid to the true prophets.

The original story is spectacular enough, with Elijah’s powers over the elements, his ability to raise the dead, even to call down fire on his enemies—and that’s even before his glorious ascent to Heaven in a chariot of fire—but this reinvention adds a rich tapestry of new mythological threads, new plot lines, and new characters. Along with those dragons beheld in divine revelation, Moses (now Merlin) comes to the prophet in shamanic visitation, and a sisterhood of shapeshifting raven goddesses bring their night-time comforts to Elijah in the moonlit woods of Cherith Brook.

Among them is the lovely maiden Adina, whom no man has “known” before she appears. She becomes Elijah’s main love interest and pivotal as events unfold.

Cunning as Elijah is, and even with all his miracle-wielding talent, he will need Adina, not just for her night-time comforts, but for his very survival amid all the political intrigue. Meanwhile, Elijah’s main ally is a seraph angel who can also shapeshift to the appearance of a man, sent from Heaven with help and revelation to empower the prophet’s mission. Even the Lord himself comes to the man of God in earthquake, wind, and fire!

This reimagining of the legendary prophet’s tale is full of struggle and spectacle, raunchy and reverent, dangerous yet divine!