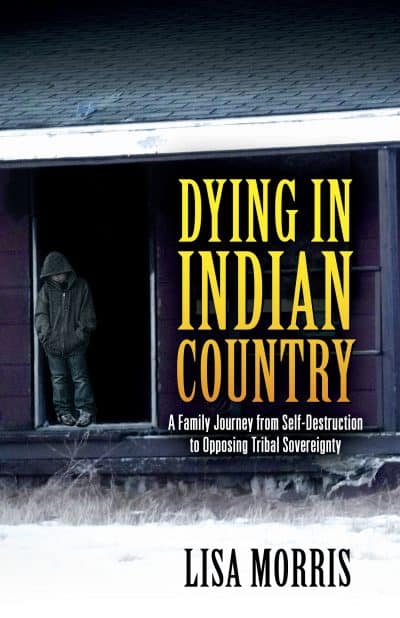 “Dying in Indian Country” is the true story of a father who, recognizing how current tribal and federal government policies aredestroying his family, embarks on a bold journey of change.

Dying in Indian Country is the true story of a father who, recognizing how current tribal and federal government policies were destroying his family, embarked on a bold journey of change.

The names of children who are perishing daily within Indian Country never make it into the media. Abuse is rampant on reservations due to a system put in place by the U.S. government that allows exploitation to go on unchecked and without repercussion. Yet genuine hope is available! While multitude of tribal members are dying—from alcoholism, drug abuse, suicide and violence—personal responsibility and non-governmental solutions can bring real change to Indian Country.

After a life changing experience, her husband rejected the mantle of victim-hood and blame, became personally accountable, and led Elizabeth and their family in a different direction. Subsequently, they both came to understand that foundational tenets of federal Indian policy were at the root of the pain, violence, and suicides destroying their extended family.

Elizabeth and her husband, a member of the Minnesota Chippewa Tribe, raised their five children as well as four grandchildren who were placed with them through the Indian Child Welfare Act. Elizabeth has a B.A. in Christian Ministries and a Diploma of Bible & Missions, and is a Registered Nurse and Chairwoman of the Christian Alliance for Indian Child Welfare.