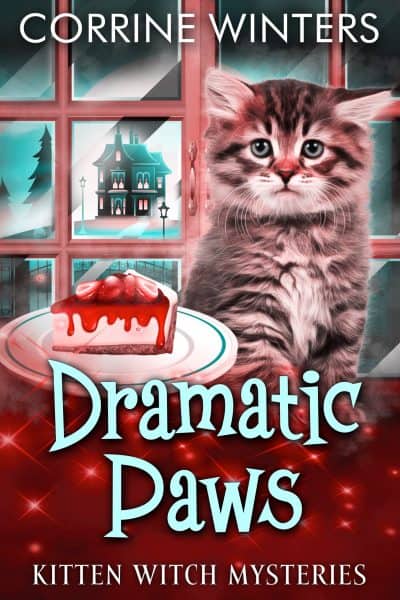 When murder is on the menu, it’s no time to be kitten around . . . It’s up to pub owner and witch Ember, her bat shifter bestie, the ghost of her ancestor, and Kali, her cat familiar who quotes Sun Tzu’s Art of War to piece it all together.

Ember McNair owns a pub that serves the tastiest treats in Louisiana. But when someone starts targeting her customers with death, all signs point to her. Luckily, Ember has a few aces up her sleeve. See, she’s not just a small business owner. She’s a witch.

Too bad you don’t need magic to see the whole town start to talk, suggesting she killed her problem customers.

It’s not like the victims were pillars or society or anything. One was a boyfriend-stealing bully. The others were just as bad.

Who had the motive? Seems everyone had reasons to hate them. And plenty of people in this sleepy little town had things to hide.

It’s up to Ember, her bat shifter bestie, the ghost of her ancestor, and Kali, her cat familiar who quotes Sun Tzu’s Art of War to piece it all together.

They better hurry. Because right now, all roads lead to Ember as the murderer. And sure, Sheriff Jamison might be giving her the benefit of the doubt, but he’s only going to tolerate her butting around in his investigation for so long.

Can his hazel eyes get lost in hers long enough so she can uncover the clues?

Find out in the first book of the Kitten Witch Cozy Mystery Series!