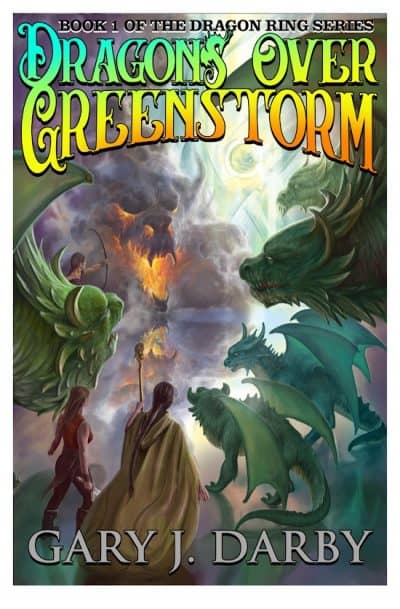 A princess not ready to rule. A dragon unable to breathe fire or fly. When dark forces rise, they could be Erdron’s only hope . . .

In an outspoken royal family, Reyna’s always been the quiet one. Clumsy and lacking confidence, she feels woefully unsuited to play any role in ruling the kingdom. However, when enemies raid the castle and kidnap her mother, the young princess gathers her fragile courage and sets off on a treacherous mission to rescue the queen.

Wind Storm fears he’ll never breathe fire or fly as a normal dragon should. But after an attack leaves his home ravaged, his grandfather’s final words compel the young dragon to find a powerful artifact to fight back. Targeted by assassins on the journey to an ancient mountain, the soft-spoken Reyna that Wind Storm meets may be his only chance to survive.

Following clues on a mystical scroll, Reyna and Wind Storm are shocked to discover that if they fail to finish their quest, a growing evil could destroy their world.

Can two unlikely heroes find the magic in time to save the realm from eternal darkness?

Dragons Over Greenstorm is the first novel in the enthralling Dragon Ring YA epic fantasy series and the sequel series to Gary Darby’s widely acclaimed The Legend of Hooper’s Dragon. If you like fresh-faced heroes, unique dragons, and a treasure-trove of magic, then you’ll love Gary Darby’s new thrilling tale.

Buy Dragons Over Greenstorm and begin your grand adventure today!