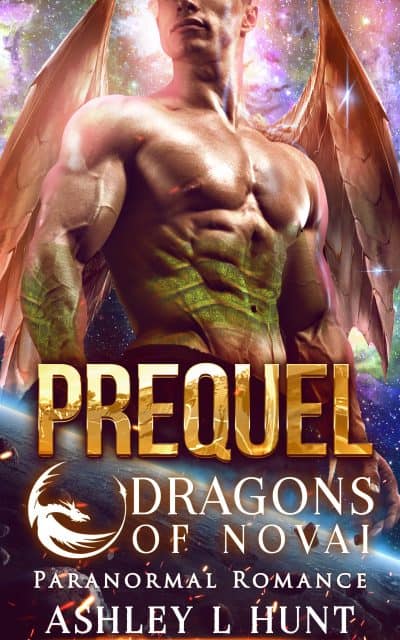 I’ve spent my entire life never knowing a home. Now, I don’t know my own heart.

Two years ago, Adriana Basket left Earth to colonize and integrate into an already-established alien society. Now, she has moved to another planet again, but this time it’s to help build it from the ground up. There’s just one problem: she doesn’t know what she’s helping to build or for whom, because the Novai are nothing short of a complete mystery to her down to their language. The only thing she knows is they have a dangerous reputation, and she could become one of their victims at any moment.

Balor is one the few who have transformed from the gaunt, ghastly Novai to the dragon-shifting Novai of old, and for that he is prized amongst his race. A ruthless Battle Commander, he’s a fierce protector of his kind—and, in this new world, he’s more dedicated to his role than ever. When the allied A’li-uud and their human comrades provide ambassadors and crews to assist the Novai in establishing a developed settlement, however, he meets the buxom Urban Planner Adriana, and his new world is turned onto its head.

The Novai have finally found a planet to call home after centuries of searching. Salus-II is a landscape of dreams and plentiful in resources, but it also harbors secrets yet to be discovered. In the interest of expediting construction, Adriana is tasked to work with Balor, which she finds wholly uncomfortable because they don’t even speak the same language and she’s frankly frightened of him. As they start to learn the world’s secrets, though, they start to know each other, and their differences disappear in the glow of their similarities. When a native threat reveals itself, Balor realizes his dedications have shifted, and Adriana is faced with a responsibility that puts everything she’s come to love at risk.

Will the differences between Adriana and Balor be too much? Is this new world determined to keep them apart?