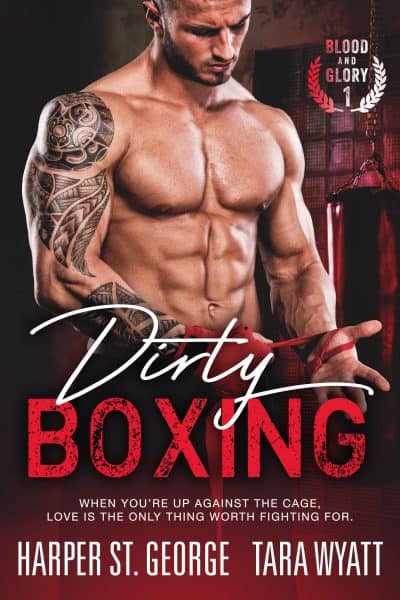 After a childhood spent watching her parents fight, Jules doesn’t do love—so she ran when things got too intense with Nick a year ago. Now that they’re thrown back together, he isn’t about to let her go again . . .

When you’re up against the cage, love is the only thing worth fighting for.

Nick Giannakis is a champion. A fighter made of chiseled muscle and steel resolve who can bring a man to his knees with his bare hands. In the octagon, he always wins. But when he joins a new fighting organization, he comes face to face with Jules Darcy, the only woman who ever broke his heart. The daughter of the man who could make or break Nick’s career. And Nick knows one thing: Jules is his, and he wants her back.

Jules Darcy doesn’t do love. After an unstable childhood and a front row seat to the damage it does, she’d have to be crazy to sign up for inevitable heartbreak. But a year ago, her fling with Nick quickly escalated into something more, scaring her and sending her running. Now, he’s back in her life and sexier than ever. And he wants her. In his bed. In his life. His, fully and completely. She’s as powerless to resist Nick now as she was a year ago, but even if she does give in, no one can ever find out. Revealing their relationship could end Nick’s career. But something this hot, this intense, can’t stay secret for long . . .