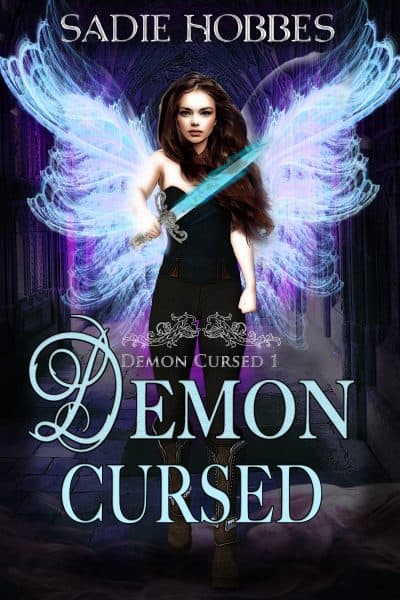 Addie Baker woke up on the beach with no memories. But she has one skill she can rely on: an ability to fight demons. And she’ll need that ability when her nightly vigilante activities attracts the attention of the way too attractive leader of the Seraph Force.

I don’t know my name. I don’t know why I woke up alone on that beach two years ago. What do I know? That I can fight demons better than even the well-trained Seraph Force.

For the last hundred years, demons have been a plague upon our world. And in each attack, the only outcome is the death or disappearance of the victims. Untrained humans do not survive clashes with these creatures. And in the last few years, these attacks have only increased.

No one knows why.

The Seraph Force protects the residents of Sterling Peak. They patrol at night, allowing the citizens to sleep soundly. Across the bridge, the residents of Blue Forks only have me. But I have to fight in secret. I can’t draw attention to myself or my two wards.

A chance encounter, though, changes all of that. Now my skills have caught the demons’ attention and the attention of Graham Michael, the leader of the Seraph Force.

And I’m not sure which one is more dangerous.